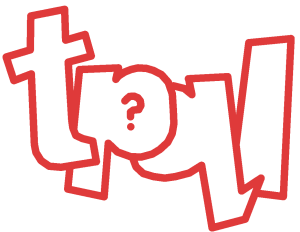 Before and After TV

This is a sample trivia round. From the clue, give the two TV titles which the last word of the first is the first word of the second title. For example, Doctor Sloane and Jessica Fletcher work together to solve a crime... Diagnosis Murder She Wrote.

To see the answers, hover your mouse over the answer space, or tap the space on your cellphone.

Before and After TV

Question
The cigar smoking green sock leaves his raunchy talk show to help Scott Wolf raise his siblings after their parents were killed by a drunk driver.
Answer
Ed's Night Party of Five
Question
The cast of this teen drama based in Newport Beach CA moves to Las Vegas to help Gil Grissom collect forensic evidence.
Answer
The O C S I: Crime Scene Investigation
Question
Constable Benton Fraser moves to Colorado to find out who keeps killing Kenny and to have them stop blaming Canada.
Answer
Due South Park
Question
Tootie, Jo and Mrs Garret leave their boarding school to help woodsman "Dan Hagerty" raise his bear in the mountains.
Answer
The Facts of life and Times of Grizzly Adams
Question
Policewoman Teresa Graves goes undercover on the cruse ship the Pacific Princess to find out if Gopher is dealing drugs.
Answer
Get Christie Love Boat
Question
Divorced Susan Saint James and her daughter move to Boston to have witty conversations with Calista Flockhart in her law firm's bathroom.
Answer
Kate and Ally McBeal
Question
Marlo Thomas gives up her acting career to be with Mark Slate and protect the world from evil doers who work for THRUSH.
Answer
That Girl from UNCLE
Question
All the nurses from the pink submarine the Sea Tiger heat to Hooterville to aid Uncle Joe in running the hotel.
Answer
Operation Petticoat Junction
Question
Black teacher Pete Dixon tries to teach the students at Walt Whitman high while Charlie Sheen tries to help his single brother raise his son.
Answer
Room 222 And A Half Men
Question
Private detective Tom Selleck discovers a mysterious bottle that contains a magical Barbara Eden.
Answer
Magnum P I Dream of Jeannie